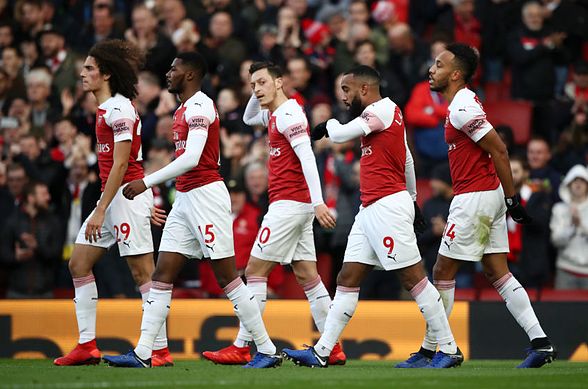 Let’s rate the Arsenal squad to see who is dispensable

Given we’re in a transfer window, and everyone is debating what Arsenal should do, I thought I would have some fun with a quick squad rating, which is a useful tool when deciding who to sell.

Anyone below “Very good” is dispensable in my opinion. My criteria on judging was: Overall contribution for entirety of Arsenal career; Injury history; Potential; Attitude; Would I care if they were sold?; Should we cash in before it’s too late?; Would they get into the best teams in the world?

Laca, and Pepe are two that will probably divide opinion, and see me battered in the comments section. This was a really tough call though, because I could easily have put them into the “Very good” category.

With Lacazette, it’s his lack of goals, and niggling injuries that concern me. His best league tally is 14 for a season, and he’s never broken 20 goals in all competitions for a season. Bergkamp also didn’t get a lot of goals, but his overall contribution was huge, and he was also pivotal for Wenger’s style of play. If it wasn’t for Auba, I would possibly keep Laca, but it’s painful seeing the best striker in the league in the LB position at times defending. It’s such a waste! Imagine Messi, and Ronaldo having to do that. Auba is a goal machine, and he shouldn’t be defending.

Pepe was another tough decision, but in truth, he hasn’t had many good games at all. Which is even more concerning when one considers his price tag. It’s not all his fault. He’s still adapting, he joined the club at a terrible time, and Emery didn’t use him properly, or at all on many occasions. Pepe definitely has the potential to be world class, but if his poor performances continue, do we risk a huge financial loss by keeping him another season, hoping he’ll improve? One of our major problems for over a decade, has been hanging on to players for too long. The club were never decisive, or ruthless enough. If we sold him this summer, we may be able to get our money back, or only make a small loss. On the flip side, we sell, then he possibly becomes world class, and it looks like a big mistake. I feel it’s on a knife edge. I love Pepe, but he needs to get some consistency, and the club does need to start learning from their mistakes in the transfer market.

Overall, none of us should worry too much about incoming players, because our squad is so poor. It’ll be very easy to improve on what we have. Our main concern should be about getting the masses of deadwood out of our club.