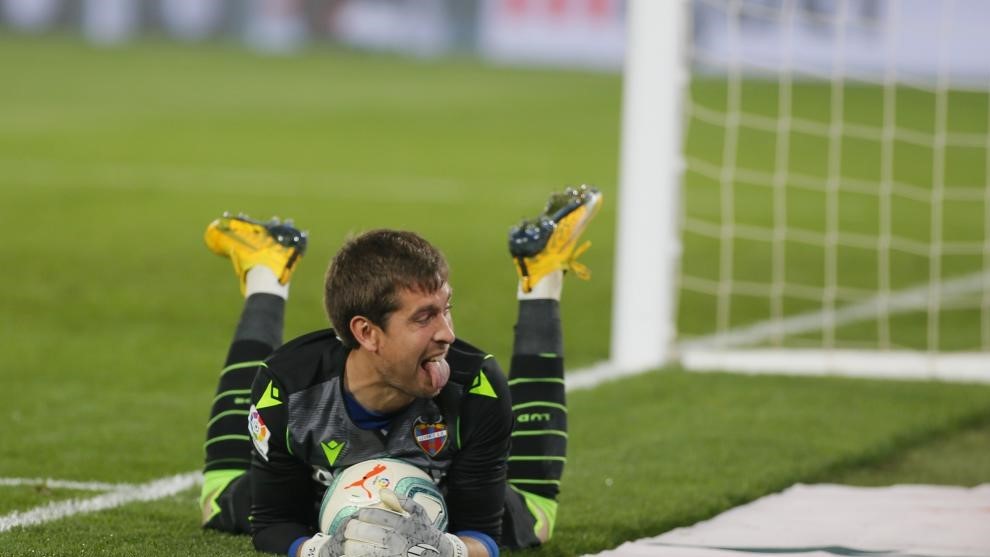 Levante man reveals Arsenal wanted him in the summer

Mikel Arteta dealt with a goalkeeping dilemma at the start of this campaign after the impressive Emiliano Martinez deputised well in the absence of Bernd Leno during Project Restart.

His fine form gave him the leverage to demand that the club makes him their number one heading into this season.

Arteta sided with Leno and sold Martinez to Aston Villa in a £20m move.

The Gunners now had to find a replacement for the departed Argentinean.

They eventually signed Dijon’s Rúnar Alex Rúnarsson who will hope to get some opportunities as soon as possible.

However, the Icelandic goalkeeper wasn’t the only goalie that Arsenal tried to sign as a replacement for Martinez.

Levante’s Aitor Fernandez has now revealed that the Gunners did approach him about making a move to the Emirates.

He was speaking to AS via Sportwitness and he claimed that Arsenal and Athletic Club wanted to sign him, but he chose to stay.

He said: “Yes, it’s true that there have been contacts. Quite a few clubs have asked, and those are two of them. But here I have been very happy, and I hope to continue being so.”

Arsenal will hope that Rúnarsson will prove to be a great addition to their team.