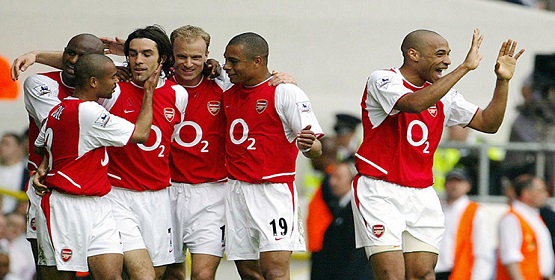 I respected Jamie Carragher the player. What he lacked in skill he made up for in attitude, playing in Cup Finals with cramp, the kind of leader our dressing room often lacked. I defended him when he was filmed spitting at a child while driving home, defending as in terms of not wanting Sky to sack him.

Yet his punditry has really grated on me this season. He reminds me of that kid who at school who always felt the need to make a joke at someone’s expense based on his own insecurities (often not funny). Yet he also highlights why I grew up just not liking Liverpool.

There’s an arrogance, a sense of entitlement about their fan base like somehow their club is unique to everyone else. No, you’re not the only stadium which has an atmosphere, and your certainly not exclusive when it comes to dealing with adversity.

They finished 2nd last year but seemed to get more credit than the actual champions. Now they are acting like they have dominated the last decade like a Man United or Chelsea.

To clarify; they are finally about to win a first title in 30 years, so perhaps you should wait a little until you call this an era of dominance.

Put it this way, if Arsenal won the Premiership next campaign, I wouldn’t dare claim we are now superior to Man City. It’s that lack of humbleness which makes you look silly when you fall flat on your face.

Anyway, perhaps the one positive of being in isolation is a break from Mr Carragher. Yet somehow, despite zero football since March, I see more of him and Gary Neville now then I would if Super Sunday was back on.

Apparently, running out of content, the ex-defender has warned Arsenal that Liverpool are getting closer and closer to matching our unbeaten Invincibles season.

Since Christmas, not just was the red half of Merseyside talking about equalling our Invincibles achievement, but saying how they were going to do it better.

The press were even comparing which Invincibles were better, what would happen if our class of 2004 faced the new Untouchables? In reality they never came close. When they went to Watford, they had 11 League fixtures still left. 11 out of 38 matches in total, how’s that close?

Sorry Mr Carragher, if your target is to not lose till after May and you fail in February, how’s that close?

Yet this is what Liverpool do. They exaggerate how special they are, and the papers rarely question them. They talked the talk and at times belittled our feat, making out it was easy.

Once they lost, they claimed not to care, even though it was only them in their own minds who thought it was possible? Instead of someone who should be a role mode at Anfield showing some dignity, he’s warning us, like they only just missed out? Sorry in what position is he to predict that Liverpool will go unbeaten next season?

He’s wrongly educating his fans, by saying that it’s like he’s saying it nearly happened. He points to the fact that even when they finished runners up 12 months ago, they had only tasted one loss. Exactly!!!

Klopp’s men have played beautiful football for two years now and yet both times had lost by March. That’s how hard it is to do what we did! That’s how difficult it is to go home and away, deal with the weather, bad officiating, injuries, etc and yet find a way not to lose.

The law of averages says if you can’t do it when it’s the best you been in three decades, it isn’t going to happen.

The fact that Liverpool have had so many plaudits (and rightfully so) and yet didn’t come close should finally convince people what a landmark we achieved. Yet we still don’t get enough credit for it.

There will always be the TalkSports who say we drew too many games in our Invincibles season.

Yet if Liverpool had bettered our 49-game record, I bet we would have heard about it? Yet when it remains exclusively our baby, it’s not important?

Sir Alex Ferguson said once you find about ones character not just how they respond to defeat but how they handle winning. Do they display humility?

Well Mr Carragher predicts our unbeaten streak is getting closer to be matched.

What are they smoking at Anfield?