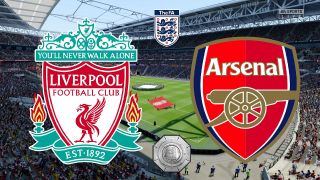 Liverpool still sweating on injuries ahead of Arsenal clash

Will Arsenal have an advantage at Anfield?  By Sylvester Kwentua

Hello once again. The international games are almost over, and by this weekend, club football will be returning, and teams will once again resume their campaign for trophies. Among the games to be played this weekend is the Liverpool versus Arsenal game, scheduled to take place on Saturday evening, at the home of Liverpool. Games between big teams such as this, are always cagey and tough, and in several cases, the team who prepares most or who wants it most, end up winning such games. We can’t also take away the place of luck in deciding such games. This particular game is not an exception.

For a team to prepare enough for a game, it needs all its players to be fit and available for selection. When a team’s manager can’t call on his more experienced or talented players, then he may find it difficult to fashion out a plan for any game. This particular scenario may be what Liverpool;s coach, Jurgen Klopp may be going through right now, as news of serious injuries to some of his star players are starting to surface a few days before his all important game against Arsenal. Let’s take a look at the injuries to two very important players in the Liverpool first team.

Sadio Mane: Mane limped out of Senegal’s 1-1 draw with Togo last Thursday, but his predicament has been described as nothing serious by his international manager Aliou Cisse; a claim that was also shared by many Liverpool’s supporters. Hopefully the injury is not too serious, as I would want to see Mane, who is an exciting player, play on Saturday against Arsenal.

Jordan Henderson: The Liverpool’s captain, scored and completed 90 minutes of England’s 5-0 defeat of Albania on Friday. He was then sent home from international duties, for further assessment, with the game against Liverpool in mind for Henderson. We need to wait for the outcome of the assessment, to know if he will play any part in the game against Arsenal.

Guys, Liverpool have a big team to definitely choose from, but against Arsenal, I am sure they would love to have their star players available. Arsenal is on form right now, and no team would wish to go into a match against them, without the full services of their star players. If these Liverpool players recover in time to play a part in the game, it will be wonderful, as a lot of football fans will want the two teams to give them a game to store in their memories, and what better way for the teams to do this, except fielding their star players?

However, should Liverpool find themselves unable to call on the services of these players, would it mean that they will be weakened and Arsenal will have the upper hand in this game?