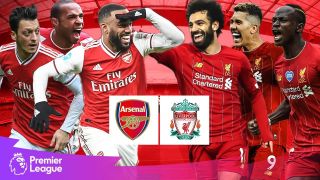 Arsenal travel to Anfield this evening to take on Liverpool, and will be boosted by the return of Kieran Tierney back into the side.

The Scottish international was a late exclusion against West Ham last weekend, having been named on the teamsheet, before being withdrawn shortly before kick off.

Tierney missed the midweek win over Leicester also, but is expected to go straight back into the team for the clash with the Premier League champions.

The match has come too soon for Sokratis, Cedric Soares and Emile Smith Rowe however, who are all expected to return to training within the next week.

We will also expect to have Pablo Mari back within the next fortnight, while Shkodran Mustafi and Calum Chambers are expected to return to full training inside the next month.

Gabriel Martinelli is still not expected to return to training until the end of the year according to Arsenal.com.

I could be wrong, but I feel as though Holding and Willian will get the nod for their respective roles in the team, while I wouldn’t be shocked to see Elneny drafted in to give extra cover to the defence.

Liverpool have their own injuries to contend with also, with the Mirror reporting that goalkeeper Allison and new signing Thiago Alcantara both having been absent from training this week.

Manager Jurgen Klopp also ruled out Jordan Henderson and Joel Matip from contention, while Joe Gomez only returned to training on Friday as reported by the Liverpool Echo’s Ian Doyle.

Who would you change from the predicted team to take on the Reds?