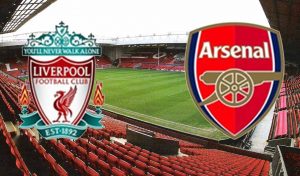 After gaining just 3 points from Arsenal’s first 2 League games, Arsene Wenger will be desperate to avoid defeat against Liverpool at Anfield this afternoon, but they could hardly have picked a worse fixture to get us back on track. The Gunners have a dire recent record against Liverpool, in fact they did the Double over us last season, and Jurgen Klopp has been busy making his team into an impressive attacking force.

The fact is that since the Gunners lost at Anfield back in March, Liverpool have lost just one of the subsequent 14 League games and are aiming to mount a serious challenge for the title this season. It is also ominous that Arsenal haven’t won away at Anfield since 2012. In all honesty Liverpool should be favourites to win today.

But, as Arsene Wenger would say, let us look at the positives for Arsenal. First of all we will welcome our captain Laurent Koscielny back to marshall our defence, and Wenger seems confident that Alexis Sanchez is ready to play his first (and maybe last?) match of the season for Arsenal. We also have new boy Alexandre Lacazette looking to carry on his great goalscoring record and hopefully Kolasinac will finally get to play as a wingback today. Also Liverpool are missing some key players in Emre Can, Lallana, Clyne, Bogdan and the contract rebel Coutinho. Arsenal simply have convert more of the 100s of chances they create instead of missing them all like we did against Stoke last weekend….

So how will Arsenal line-up now with Koscielny and Alexis back in the fold. Here is my prediction….

One thing is certain, there are a lot of goals in both sides, but although Liverpool are flying they have just had a midweek goal-fest against Hoffenheim in midweek and will not be as fresh as Arsenal today. So my honest prediction is a 2-2 draw, but I will always have the hope that Giroud will come on in the last 20 minutes to make it 3-2!