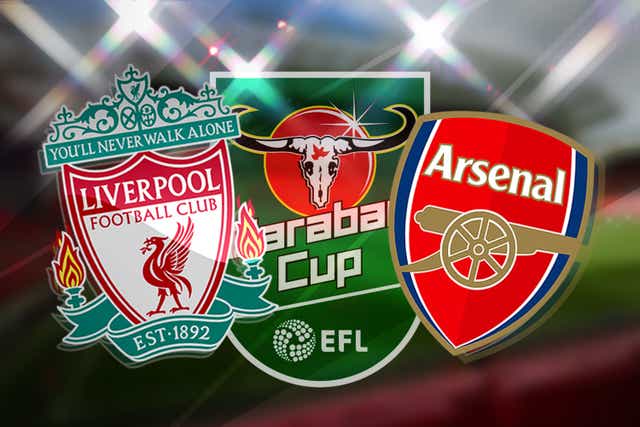 Arsenal will make the trip to Anfield today to take on Liverpool in the first leg of the EFL Cup semi-final, but do so with a number of players missing.

We were initially supposed to kick off this tie at the Emirates last week, only for a number of false positives to have delayed the fixture, and both sides are still expected to have players missing for tonight’s tie.

Latest reports have ruled out Martin Odegaard, Emile Smith Rowe and Takehiro Tomiyasu from today’s encounter, leaving us a conundrum if we are to stick with the successful system used in recent weeks, which we now doubt. We of course remain without Mo Elneny, Thomas Partey and Pierre-Emerick Aubameyang who are at the AFCON currently.

No Tomiyasu as well, although I believe Xhaka could be back involved.https://t.co/nfeCzt02Jn

I’m not sure whether Laca will play in the Odegaard role, or alongside Nketiah in this line-up, but I think this would be the best team to go out in search of a win. Saying that, we don’t necessarily need to win here with the return leg at the Emirates next week, and I wouldn’t blame Mikel Arteta for throwing an extra defender into the mix to shore things up.

We also have the likes of Charlie Patino as an option to pack out the midfield, but his disappointment against Nottingham Forest leaves me to believe he won’t be starting today, although there is also Omari Hutchinson who could fill the Odegaard role perfectly if deemed ready for to debut in such a huge game.

How do you think we should line up? Should we pack out the midfield or defence or just play our best players and try and give them a game today?