Lucas Torreira sends cryptic message as he flies to Spain

The Arsenal midfielder Lucas Torreira has made it quite clear that he was psychologically affected at Arsenal when he was continually left on the bench, and was subsequently loaned out to Atletico Madrid.

He also failed to become a regular starter there either, and when his mother passed away he only wanted to return to Fray Bentos to stay with his family as they coped with the grief.

But he remains under contract to Arsenal, and now that he has finished his holiday in South America after playing in the Copa America, he would have expected to return to pre-season training with the Gunners.

That is not the case however,  as he has posted this on Instagram from Montevideo airport… 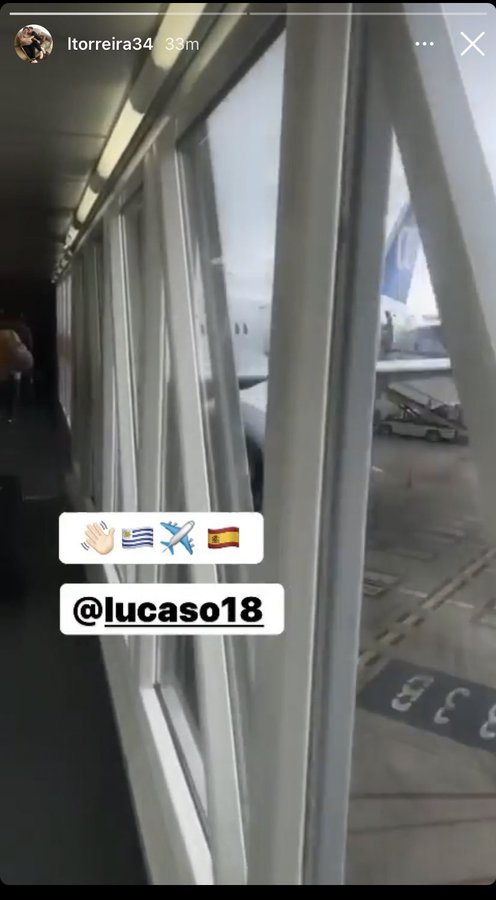 It has been suggested that perhaps he is only going to be in Spain for a connecting flight to London, but then surely he would have had a Union Jack as his destination, not the Spanish Flag.

It is doubly strange as all the rumours about Torreira in the last month have been linking him with a move to Fiorentina in Italy.

Could it be he is returning to Atletico for another loan period?

Or could there be another Spanish club involved?

I am sure all will be revealed shortly…

Arsenal trio actively searching for new clubs but have found no success so far
10 August 2021, 12:30