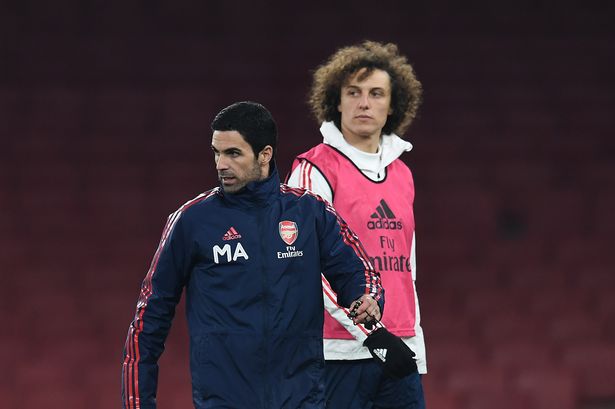 Luiz denies rumours of a rift between him and Mikel Arteta

Arsenal is currently struggling on the pitch and Football London claims that the club is also struggling off it.

One player that has reportedly fallen out with the Spanish manager is David Luiz, with the report saying that both of them haven’t spoken for some time now.

Luiz has been missing since his nasty clash of heads with Raul Jimenez when Arsenal faced Wolves in the Premier League.

Several Arsenal players including Granit Xhaka have reportedly mentally clocked out of Arteta’s leadership, suggesting that he might be dealing with a divided dressing room.

Luiz and Arsenal have both denied the reports of a rift between the Brazilian and his gaffer with a statement which reads:

“David Luiz strongly denies this story about him and Arteta and insists he has a good relationship with Arteta and wishes nothing but success.” (Football365)

Leaving out Mesut Ozil and Sokratis Papastathopoulos has also been felt by the club’s players, and it is said to also be influencing the mood around the Emirates.