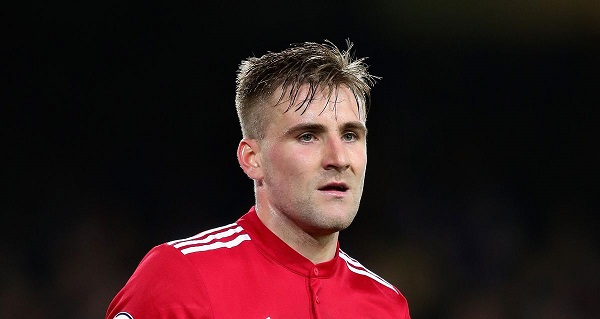 Poor little Luke Shaw complaining that Arsenal gets it easy when it comes to criticism.

Frustrated Manchester United defender, Luke Shaw has tried to deflect some of the criticism his team is getting for their poor season by claiming the Gunners are struggling too.

Manchester United have struggled for much of this season, despite spending record fees for the likes of Harry Maguire and Bruno Fernandes and are still at risk of missing out on a European spot.

Shaw believes that his team gets too much stick for having a poor season while Arsenal have it easier.

Arsenal is currently outside the European places but unlike United are showing progress as the 4-0 win over Newcastle today shows.

But Shaw believes everyone turns a blind eye on Arteta’s side and focuses on United instead.

“I’ve had to have a thick skin. Sometimes it’s easy for people to forget what I’ve actually been through,” he told the Daily Mirror.

“You need to have a thick skin to play football anywhere, but especially at the biggest club in the world here at United. Everyone’s watching and wants to have a go whenever you lose.

“They’re just waiting to criticise the moment anything goes wrong but that’s part and parcel of playing for United.

“No disrespect to Arsenal who are a fantastic club, but they’re not exactly having the greatest of seasons and it’s hardly mentioned.

“I find it quite funny that if it’s United, everyone criticises, but Arsenal don’t get a mention.

Wow, don’t get a mention? what is he on? He clearly does not read the press or watch the pundits on TV. Arsenal has had a ton of stick, in fact, I reckon far more than United.

Shaw sounds rather bitter to me, to be honest, and he should look at his own game rather than whining about how much people pick on him.