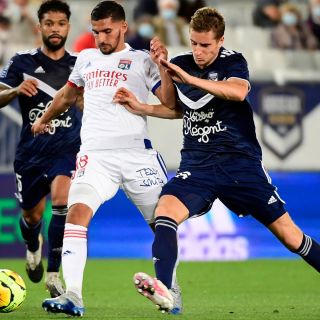 Lyon president opens up on asking price for Arsenal target

Lyon president Jean Michel Aulas has opened up on the asking price for Arsenal-linked Houssem Aouar.

The midfielder has been strongly linked with a move to North London, with Mikel Arteta believed to be keen on adding a top midfielder to his options this season.

Our side went to Anfield last night to take on Premier League champions Liverpool, and our midfield did very little to give us a chance of coming away with a win, allowing our rivals way too much possession.

This will certainly need to be fixed over the next week before the window closes, and we may well have been boosted by the Lyon chief’s latest comments.

The Ligue 1 side were claimed to be asking for between €55-70 Million previously, but Aulas now states that he wants somewhere between €40-50 Million for his signature.

JM Aulas about Aouar #Arsenal deal: “There was a timid offer, it was not an offer that was even susceptible to making us consider a sale”.
How much you want? €40m, €50m?
“More than the first number that you mentioned…”. [@GFFN].#AFC are still in contact with his agent. ⚪️🔴

This places his asking price below that of Thomas Partey, who is only available if a team is to trigger his release clause of €50 Million supposedly.

Our stance still appears to be that we need to offload players before we enter into the market however, but with time ticking down with regards to the transfer window, things could really pick up pace in the coming days.

We have also been linked with alternatives in Chelsea’s Jorginho or Lille’s Boubakary Soumaré, but all the noise throughout the summer has been around the above pair.

At present, a deal for both Partey and Aouar seems unlikely, but with the change in stance on the latter, he could well be our next new signing.

Did last night’s defeat move to highlight our need for creativity?