Ainsley Maitland-Niles was the youngster that made the biggest impression on the Arsenal first team last season, making 15 League appearances and 28 overall, although rarely in his preferred central midfield, and he capped it off by signing a new improved long-term contract with the Gunners.

But the 20 year-old admitted that he did not think he was going to make it until his father persuaded him to start believing in his natural ability. “It was when I was about 14,” Maitland-Niles said on Arsenal.com. “I wouldn’t tip myself as one of the top players in my group back then, because I was so small and there were a lot of people who were [more] physically developed at my age and I was one of the smaller players.

“I sat down with my Dad and he said, ‘If you really want to progress then you need to start believing in yourself, believe in your ability because you have it there’. I started to watch game tapes and seeing things that i didn’t see in myself before.

“[At one point when I was younger] I was very close to being cut from Hale End. Liam Brady sat me down and said I had a lot to work on, so I just got my head down and worked hard on and off the field.

“It was my finishing at the time that made my coaches believe in me, and I had a lot of energy so I was always running up and down. I guess they saw something in me that I didn’t see in myself at the time.”

And he surely did improve and it was revealed that Unai Emery has big plans for the 20 year-old when he was interviewed for the Arsenal job, and he certainly has a big future in front of him. We should all thank his Dad (and Liam Brady) for persuading him to keep at it.

He will play a big part in the Unai era at Arsenal…. 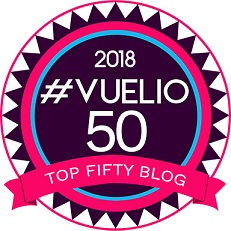