Rúnar Alex Rúnarsson was signed to replace Emiliano Martinez in the Arsenal team this summer, that decision came back to haunt the club last night.

The Iceland international was given the chance to play against Manchester City in the Carabao Cup quarterfinal and he put in a terrible display.

He made two errors leading to a goal, one of which was a very soft free-kick by Riyad Mahrez that he unbelievably dropped.

It was an awful game for the Gunners, but the last line of defence should usually be trusted to help a poor team, Runarsson wasn’t in the mood to do that. 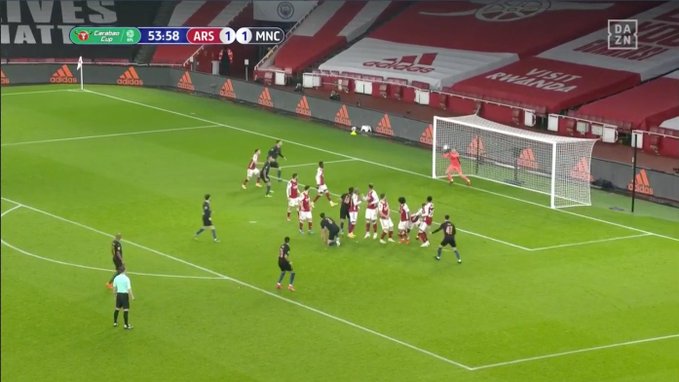 Squawka posted that the former Dijon man was the third Arsenal goalkeeper to have made two errors leading to goals in a game, in the last three years.

He joins Petr Cech, and Bernd Leno on that list. The Twitter post attracted some mockers who took their time to laugh at the Gunners in the comment section, here are some of the reactions.

Man was bought from WISH and I'm not even exegratting

He is rubbish as well , something needs sorting with the transfer recruitment at the club seriously 😒