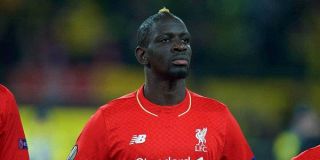 Mamadou Sakho reveals that he snubbed Arsenal to join Liverpool

Mamadou Sakho has revealed that he had the chance to join Arsenal and other top sides when he left PSG to join Liverpool.

The Frenchman was one of PSG’s youngest ever club captains, however, he surprisingly became available for transfer by the French side and that sparked a scramble for his signature.

He ultimately joined Liverpool under Brendan Rodgers because the Reds were one of his “dream” clubs.

His move to Anfield meant that he sacrificed playing at the likes of the Emirates Stadium, Camp Nou and the Allianz Arena.

Speaking to Stadium Mag, he spoke about joining Liverpool despite offers from the Gunners.

He said: “When I left Paris Saint-Germain, I had a number of offers from Barcelona, Bayern Munich, Arsenal and Liverpool.

“I choose Liverpool because they were one of the clubs of my dreams with a great history. I had the chance to spend four years there in the Reds’ shirt at Anfield with a fantastic crowd.

“I had very good relationships with my board and I played alongside great talents like [Luis] Suárez, [Philippe] Coutinho, [Daniel] Sturridge or Steven Gerrard. I lived exceptional moments with those players.”

Sakho, however, struggled with injuries and disciplinary issues at Anfield and they forced him to train with the club’s reserve before he sealed a move to Crystal Palace in 2017, initially on loan.

It seems to me that Arsenal dodged a bullet with Sakho, he was incredibly talented but as is often the case he failed to live up to his true potential.