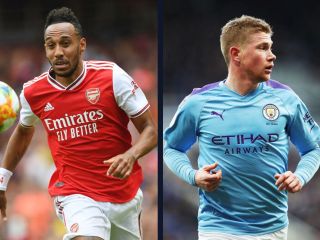 Arsenal face the daunting task off having to overcome Manchester City today to gain a place in the FA Cup final, but will be pleased not to have lost any new players in the build-up.

Our side come into the tie in good form, including a win over Liverpool in midweek, and look likely to make limited changes for tonight’s encounter.

The Independent states that We remain without Pablo Mari, Calum Chambers and Gabriel Martinelli, who are all expected to miss the remainder of the campaign through injury. Bernd Leno is also out, although some reports claim that he may return to training before the season is out.

We will also be without Eddie Nketiah who is missing his third match due to suspension after his red card against Leicester City, while Mesut Ozil

Man City also come into the tie without Sergio Aguero, who will be a huge loss, but they are well equipped everywhere else and Pep Guardiola will no doubt be happy to have so many options available.

Kolasinac looks likely to be overlooked for the crucial tie, with Holding impressing at present, and while I would love to fit Saka into the team, Tierney is near un-drop-able, and Nicolas Pepe and Aubz appear the more direct in recent weeks.

Arteta will no doubt be keen to give our defence extra support, and will hopefully be able to keep fully organised on the job at hand, with Kevin de Bruyne likely to hold the key, we may need to put extra work in to try and keep him off the ball.

Will the boss have a plan to nullify the threat of the Belgian? Who would you change from the above line-up?