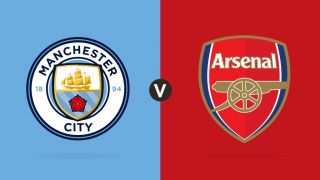 Man City vs Arsenal has been postponed as a precautionary measure.

The game between Manchester City and Arsenal tonight has been postponed over coronavirus fears, with some of our players also being put into isolation.

According to BBC Sport, this follows the news that Olympiacos owner Evangelos Marinakis has announced he’s contracted the illness, and this comes not long after his presence at the Emirates Stadium for our recent Europa League defeat.

As noted by BBC Sport, Marinakis met several Arsenal players at the game, so it clearly now makes sense to delay tonight’s game until we know more about who at the club might now have caught coronavirus.

It seems increasingly likely that the football season as a whole faces major changes in the coming weeks, either in the form of games being played behind closed doors, or with the entire campaign being put on hold.

Serie A has already been suspended, while several games in the Champions League, La Liga and Ligue 1 have been played in empty stadiums.

It now seems Arsenal have a particular problem, so it will be interesting to see if they’ll be able to play again any time soon.