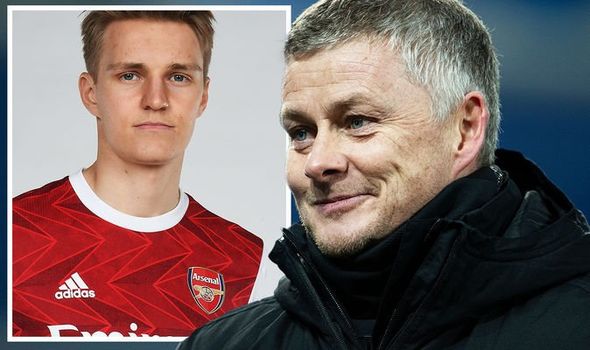 Martin Odegaard could be in line to make his Arsenal debut this weekend, and against one man who knows all-too well of his ability in Ole Gunnar Solskjaer.

The Manchester United boss knows his fellow countryman from his time overseeing his international side.

Odegaard rose to fame by setting the Norwegian Eliteserien alight at the age of 15, scoring five and assisting six before the age of 16, as well as making his senior debut for his country at the age of 15 years and 253 days, before Real Madrid beat off a host of offers from top clubs around Europe to seal his signature.

Having grown frustrated with his first-team opportunities at the Bernabeu however, Odegaard has agreed to join Arsenal until the end of the season, and we cannot wait to see him in action.

Solskjaer looks set to get a close look at his debut in England this weekend when his United side make the trip to London to take on Arsenal at the Emirates, and while he wishes the young star luck, he is weary of what he can bring against his side.

“Martin is a very talented young player,” Solskjaer said in his pre-match conference (via the Express).

“We know from the national team that he can cause anyone problems. I just hope he isn’t finding his form on Saturday! We wish him all the best.”

The Norwegian is also weary of the threat that our team poses also after a huge upturn of fortunes in recent weeks.

“They have been impressive lately, turned it around,” he added. “Since the Chelsea game they have got really good results.

“Always great games against Arsenal. Some classics between the two sides.”

Could Odegaard be set to explode in our famous Red & White?

Odegaard is a transfer priority and Arsenal might have problems landing Buendia
29 April 2021, 17:45