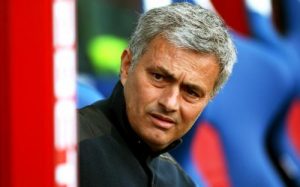 We are used to the TV pundits putting down Arsene Wenger’s Arsenal teams, especially the ex-Liverpool and Man United stars, but today we have had support from a very unexpected source, the Man United and England legend Phil Neville, who won six Premier League titles, three FA Cups and a European Cup with the Red Devils.

He thinks Jose Mourinho’s side will struggle at the Emirates today, and he names the Arsenal player that is most likely to damage his old side. “Arsenal are playing well. We don’t talk about them anymore and hammer them,” Neville said.

“I think it’s a tough game today. I actually fear for United today with Arsenal playing so well at home.

“When Ozil’s playing like this, I love watching him play. You see someone who looks happy, he’s running. He’s doing the basics now and his quality shines through.

“It’s going to be a fantastic match.”

Certainly if Ozil continues in the form he has shown in the last couple of weeks we could be in for another treat. Don’t we just love seeing Jose Mourinho watching his team’s title chances slipping away!