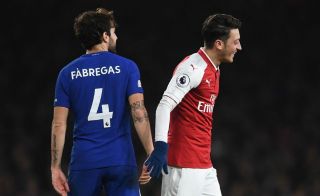 David Moyes is claimed to have overlooked the opportunity to re-sign Paul Pogba, and tasked his side with signing former Arsenal star Cesc Fabregas.

The Scottish manager was the man chosen to take over the reigns at Manchester United back in 2013, but his tenure was not long-lasting.

Moyes signed a monster six-year deal with the Red Devils in the summer of 2013, only to be sacked just 10 months into that contract.

It is now claimed that he was made aware that Paul Pogba was eyeing a return to Manchester United in the summer that Moyes had arrived, but the former Everton boss tasked his club with a move for Cesc Fabregas instead.

The club failed to get a deal over the line for the former Arsenal captain, and a year later the midfielder ended up joining rivals Chelsea instead.

Cesc went on to win two Premier League titles with the Blues after his return to the Premier League, while Pogba got his desired return to Manchester United three years after Moyes had told the club to overlook him.

Pogba can only boast the one EFL Cup and Europa League trophy since his return to England however, having left United for free after growing frustrated with a lack of playing time, only to return for a then World Record fee.

Would Fabregas have helped Man United to win trophies? Was Cesc better than Pogba will ever be? Could the Spaniard have helped Moyes stay in his job for at least one season?