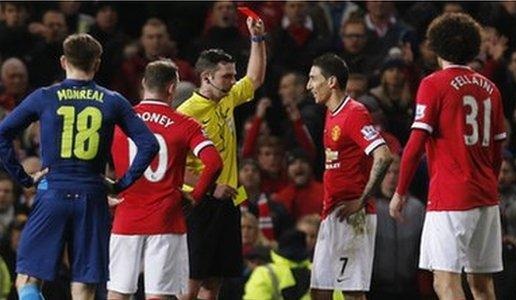 Here is another great Arsenal video of the last time we won at Old Trafford. This was an FA Cup 6th Round match that no-one expected us to win after our abysmal run against Man United in the League up in Manchester.

It was especially poignant that the winner was scored by Danny Welbeck, who had been discarded by United with little warning, and we also had a very rare goal from Nacho Monreal.

Of course we had the usual mini-riot when Di Maria blatantly dived (sound familiar?), and he then compounded his stupidity by grabbing the referee’s shirt when he went to protest the yellow card and was swiftly sent off.