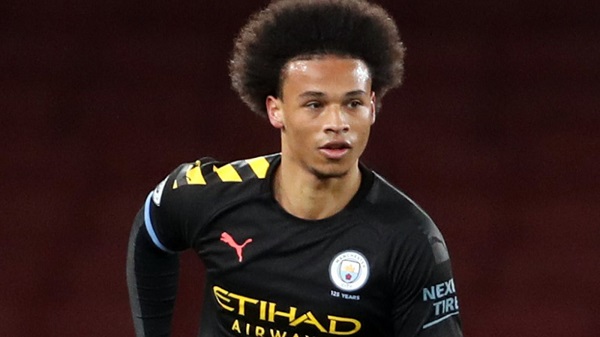 Manchester City might welcome Leroy Sane back against Arsenal, should we be worried?

Manchester City won’t be an easy team for Arsenal to play and, understandably, some Arsenal fans feel that it couldn’t get tougher in terms of the opponents that we could have been given to play our first game against.

City has nothing to play for in the league this season but they will be keen to make a statement on their return to football.

They are a team of stars just like Arsenal, but one player has been missing for City this season – Leroy Sane.

The German is one of the best players in the Premier League and Man City may have challenged Liverpool better this season if he had been fit for their team.

The German was ruled out for the rest of the season after he injured himself in their Community Shield clash against Liverpool at the start of the season.

But a new report from Manchester Evening News is claiming that he is fit again and he could feature against Arsenal and as an Arsenal fan, I’m worried.

I enjoy watching Sane play and I think that he is one of the most difficult players to play against for any defender.

His return to the City line up would give Pep Guardiola the option of changing tactics entirely in games and now that teams can make up to five changes, I can’t help but feel that our defence will struggle to keep Sane out.

I know that we also have players that can hurt them and I hope we do the most damage when both teams meet.