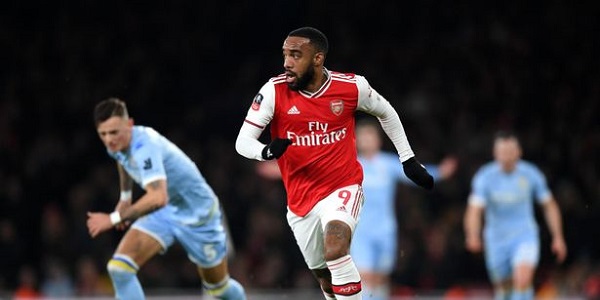 Marcelo Bielsa reveals he was pleased that Alexandre Lacazette wasn’t sent off.

Arsenal’s match against Leeds on Monday evening was marred by some harsh challenges from both sets of players, but one, in particular, caught everyone’s attention.

Alexandre Lacazette had tripped Gaetano Berardi, an action that was reviewed by VAR but the technology didn’t spot any clear and obvious error so play was allowed to continue with no caution for the Frenchman.

The action was similar to that of Tottenham’s Heung-min Son in the Premier League a few weeks back, and the South Korean was sent off.

However, when asked about the event Bielsa maintained that he was happier that both teams had eleven players on the pitch.

When asked if he thought Lacazette should have been red-carded, Bielsa said per the Metro:

‘If he did that, and he did not take a red card, it’s better.

‘If they had been unfair with our player, maybe it would be a pity for us. But you never wish a red card for the opponent when things like this happen.

‘It’s better to play 11 versus 11, I don’t like to claim things. But I say that because I didn’t realise this happened. I think the better thing to believe is that nothing happened because the VAR confirmed that.’

It was petulant of Lacazette and he can consider himself very lucky, however, you have to admire the position that Bielsa has taken.

The Argentine could easily and justifiably go the other way, he chooses not to and has proven both on and off the field that he is a top manager.

Well, until the next time he sends his spies out.