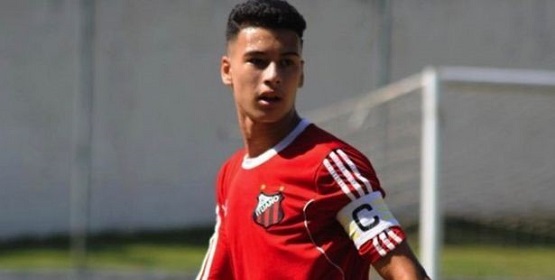 Martinelli is not first choice to be Arsenal’s striker tonight

With Lacazette still out injured, and Aubameyang forced to play as central striker in every game, all Arsenal fans fully expected that Unai Emery would give our top scorer a day off and play with Martinelli in the centre-forward role against Standard Liege this evening.

He may still get the nod tonight, but speaking to HITC yesterday, Emery seemed unsure about playing Martinelli down the middle and even said it was not the best position for the talented young Brazilian. “Martinelli, we are using him in training, we used against Nottingham Forest as a striker – it is not the best position for him but he played well and he played some times there in Brazil but he can play right or left,” Emery said.

And as for tonight’s game, Emery also admitted he was considering other options. “Maybe, Reiss Nelson can play as a striker in one moment but in the beginning, I am thinking about Aubameyang and I am not sure [if he will play] and the second option is Martinelli.”

We al know that the Europa League is one of Emery’s main objectives, especially after losing badly to Chelsea in last years Final, so the Spaniard would like to get our Group points wrapped up quickly so may well prefer to have the vastly experienced Aubameyang up front. whereas Martinelli has only played 6 minutes in the League, and one League Cup game, although he did manage to score twice.

I certainly can’t see Reiss Nelson in that role, so i’m really hoping that Emery gives Martinelli the chance to emulate his two goals against Forest….