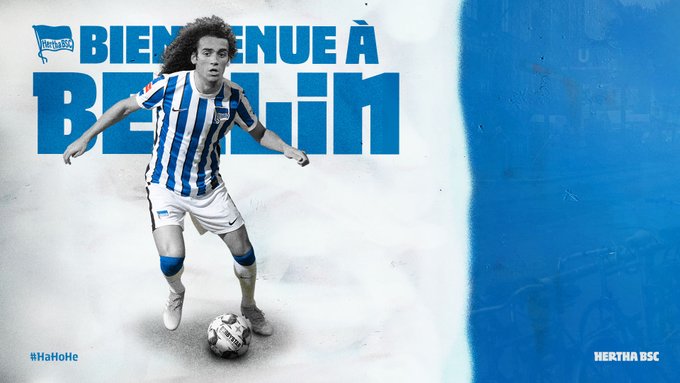 The Frenchman had been frozen out of the Arsenal first team since June when he fell out with Mikel Arteta.

He was expected to start afresh this season and Mikel Arteta even claimed that he will be given the chance to have another opportunity as an Arsenal player.

But he hasn’t featured for the club this season and it looked increasingly likely that he would leave the club.

Having failed to use him as a sweetener to land Houssem Aouar, the Gunners have now managed ship him out on loan to Hertha Berlin.

The German side is on a signing spree in this transfer window and the French midfielder will become the latest player that joins them in Berlin.

Guendouzi still has two years to run on his Arsenal deal and he will hope that he can impress Arteta from his loan spell in Germany and earn a place back in the Arsenal team when he returns in the summer.

This deadline day is expected to be a busy one for Arsenal like most teams, but they will still be able to do business with other English lower division teams after today.

Arsenal loanee set for Emirates return because he is too expensive to sign
10 January 2021, 21:30

William Saliba gives an insight into his thinking over exclusion
13 December 2020, 23:29