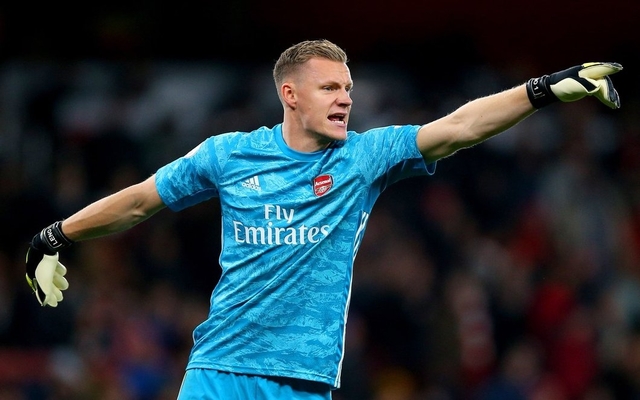 According to Football.London, Bernd Leno has suggested that Wednesday’s clash against Manchester City could be a better fit for the Gunners than our recent encounter with West Ham.

Leno insists that Wednesday night’s encounter will be ‘completely different’ to our triumph against the Hammers from a tactical perspective.

Pep Guardiola’s men like to dominate the possession and Leno believes that this kind of style could ‘better suit’ the Gunners.

Arsenal looked lacklustre against West Ham as they struggled to break down the Hammers – leading to several chances for David Moyes’ side against the run of play.

Here’s Leno’s thoughts on Arsenal’s clash with Pep Guardiola’s side:

“On Wednesday it will be a completely different game because today we had a lot of possession, West Ham were waiting for set pieces or counter attacks,”

“I think against Manchester City, maybe they will have more possession so it will be a completely different game.”

“Maybe we are defending deeper, I don’t know.”

“I think you can see that against Chelsea, they had a lot of possession and were always playing around the box and at the end we got a 2-2 with one less player.”

“Maybe these kind of games suit us.”

“I think we have to respect this team, they have a lot of quality that’s clear, but we also want to go back to London with at least one point.”

Leno’s suggestion that ‘maybe we’ll be defending deeper’, given City’s attacking strengths this doesn’t seem like a bad option.

This game-plan could also allow Mikel Arteta to threaten his former employers on the break.

Man United just showed a perfect style to get the better of City and we certainly have the pace up front to enact a similar plan.

The midweek test against Guardiola’s side could have massive ramifications on our battle for a Champions League spot this season.

The Gunners are five points off fifth-placed Man United, we have a game in hand heading into the encounter though.

Given City’s ban from the Champions League, the side that are fifth-place look set to qualify for Europe’s elite club competition.

Arsenal man reveals former Gunner called him after he lost his place in the team
12 December 2021, 19:00

“At the moment” Ramsdale discusses the goalkeeper rivalry at Arsenal
6 December 2021, 16:30