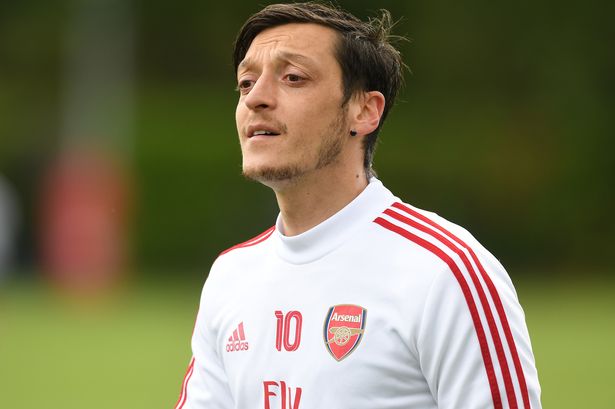 Mesut Ozil is claimed to have held secret talks with Fenerbahce president Ali Koc, and the pair are believed to have carved out an agreement ahead of his exit from Arsenal.

The German playmaker has been exiled by the club in recent months, having not featured for the senior side in a competitive outing since the Coronavirus pandemic in March, and was later overlooked when registering their Premier League and Europa League squads for the current campaign.

Some had hopes that the midfielder could be brought back in from the cold in January, but after his latest snub in midweek when he was again left out against Man City in the League Cup, those thoughts are likely to have gone away.

Ozil is now claimed to have agreed a move with Fenerbahce after secret talks with their president.

The last words of the conversation were supposedly ‘see you in June, as quoted in German publication Bild, who cite sources in Turkey for their report.

Should the news prove to be true, that will mean that Ozil will be seeing out his current deal with Arsenal, despite the likelihood that he will not be playing for the first-team in any fixtures for the remainder of the term.

These talks should not have taken place without the say-so of Arsenal Football Club however, as he isn’t allowed to talk to clubs over pre-contract negotiations until entering the final 12 months of his playing deal, and the club could well raise issues should there be proof of such a meeting.