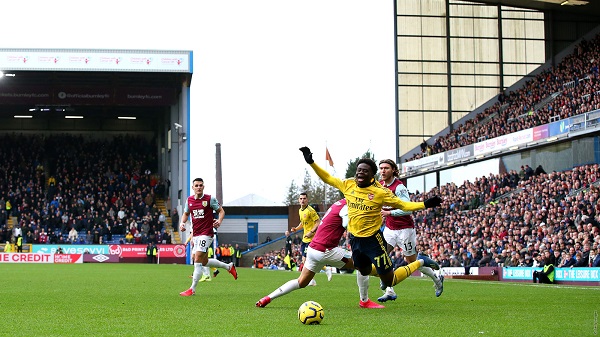 Bukayo Saka failed to come out for the second half after suffering a knock.

Bukayo Saka who had started the game brightly but got a knock on his knee and he couldn’t take part after half time. Mikel Arteta gave an update on his injury after the game.

Arsenal manager told the press “He’s been a threat for us and we thought we could exploit him. “He had a knock in his knee and hip and will be assessed.”

In better words, he is not sure the extent of the injury right now but at least we know what is happening.

Arsenal has not had the best time of it with injuries recently and the last thing they need is Saka sidelined for any length of time, especially when the natural left-backs, Kieran Tierney and Sead Kolasinac are already out.

The injury to Saka basically was the cherry on top of the cake on a very disappointing day. It was a dreary performance that has left any hopes of a top-four finish in tatters, if there was any real hope in the first place.

One positive I suppose is that the defence kept a clean sheet but the current and ongoing poor form of certain players is starting to become a major concern.

The lads now go away on a two-week break to Dubai, hopefully they will recharge their batteries and Arteta can work on what keeps on going wrong with the team.

It should also be noted that by the time they return to action Pablo Mari and Cedric Soares will probably be available for selection.