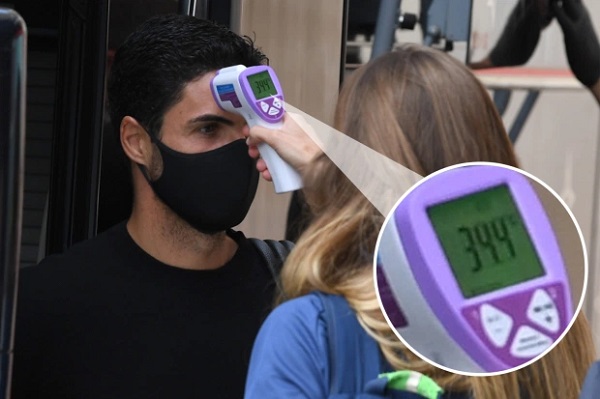 The Spaniard has since recovered to take charge of his team again. He is known for his ice-cold personality on the touchline, but it was a concern when his temperature was taken before Arsenal’s last game and it came back colder than normal.

The Spaniard was going through the customary temperature checks that every player and club staff has to go through before being allowed into stadiums and training grounds.

Players and staff are expected to have a temperature of below 37C for them to be allowed into the grounds, however, if they have a lower temperature that is below 35C it also becomes a concern.

Sun Sports reports that when Mikel Arteta’s temperature was taken, the Spaniard had a temperature of 34.4C which raised concerns that he might be suffering from hypothermia.

Thankfully, it was not that serious as the Spaniard still managed to lead his team out against Sheffield United and he was also able to inspire them to beat the Blades 2-1 and book a place in the semi-final of the FA Cup.