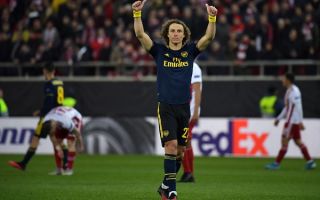 Arsenal’s 1-0 win against Olympiacos was their third consecutive clean sheet and the first time since April that they have gone on such a run.

Mikel Arteta was impressed by the teams defensive performance last night and he has encouraged his players to enjoy the act of defending.

Defending was one of Arsenal’s biggest problems under Unai Emery and they could easily pass for the most open side in the division when the former PSG man was their boss.

However, they have become a better defensive unit under Arteta and the former Arsenal captain doesn’t want that to change.

Arteta admits that his players can lose the ball during the cause of a game but he has instructed them to always win the ball back after losing it.

He was also full of praise for his wide players who always came back to held defend and made it harder for their opponents to create anything or to run at their defence.

‘I tell them they have to enjoy defending as well,’ he said as quoted by Arsenal.com.

‘It is a big part of the game and like tonight, if you give simple balls away, you better run back and get that ball back as quickly as possible.

‘But they play with a big heart. I see a lot of big efforts that a team, instead of splitting it just joins together really quickly.

‘The wide players before used to have different behaviours now they are tracking back everybody.

‘I think we are doing a lot of work on that to stay as compact as possible in many situations when we don’t have the ball and yes we are pleased with that because it is a big part.’

Arteta is spot on singling out the defenders for special mention. They have been immense in recent games and are starting to look a formidable unit. They may be prone to the odd error but most defences are these days, it is how you handle those mistakes and recover from them that is important.

It also helps if you actually enjoy it, as Arteta has so rightly pointed out.