Mikel Arteta could finally hand a first-team start to Charlie Patino against Sunderland tonight, according to Mirror Sport.

The youngster has been described as one of the best products from the Arsenal academy in recent seasons and he has been tipped to break into the first team.

Arteta has been taking his time in easing the youngster into life with the senior team and could hand him a full debut against the Black Cats.

The report says because of some big games the Gunners are due to play in the next few weeks, the Spanish manager could rest some of his top stars and give fringe players an opportunity to play.

Arsenal has developed a reputation for giving chances to budding youngsters and Patino will no doubt be waiting for his opportunity.

He has put the likes of Emile Smith Rowe in the team at the right time and we can see how well he has developed.

The manager also ignored calls for Gabriel Martinelli to play more often until he believed the Brazilian was ready and we can see how the former Ituano man has performed in recent weeks.

Patino will hope he impresses enough to remain with the seniors if he does indeed start the the match tonight. 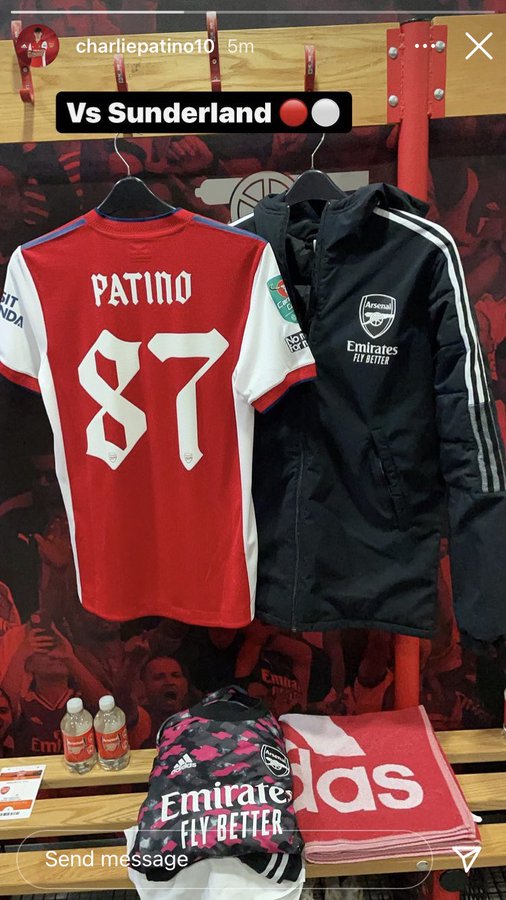