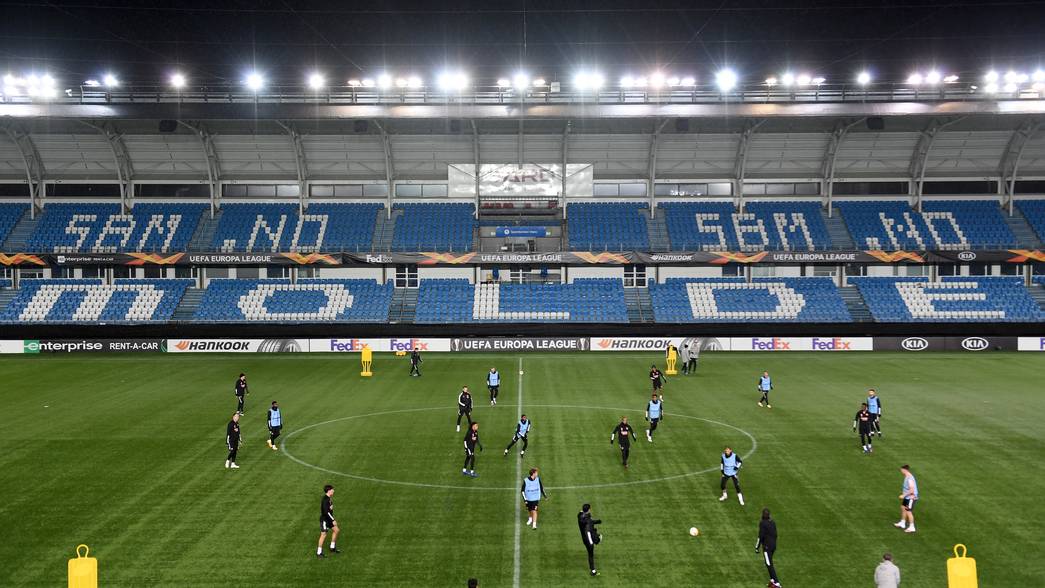 Arsenal will make the trip to Norway tonight to take on Molde with a few youngsters who will be eager to feature.

Miguel Azeez, Ben Cottrell, Falorin Balogun and Emile Smith Rowe have all travelled with the squad, and will be hoping to pick up some vital matchday experience. The latter has made 12 senior appearances already, but is yet to feature this season, while the young striker made his bow against Dundalk last month.

Calum Chambers is also in line for his first appearance since returning from 11 months on the sidelines, after he has been ruled out since Mikel Arteta’s very first official game in charge against Chelsea back in December.

While all the above hoping to feature, we do have a few who are unavailable for selection.

Mo Elneny and Sead Kolasinac remains out having tested positive for Coronavirus during the international break, while Willian, Thomas Partey and Bukayo Saka haven’t travelled due to injury as confirmed by Arsenal’s official website.

The only other absentees are Gabriel Martinelli and Pablo Mari, who have now been out for some time.

David Luiz is in the squad however, having missed the weekend’s clash with Leeds after his wife gave birth, and could find himself straight back in the starting line-up.

As much as Nelson and Nketiah are deserving of their spots, I can’t help but feel Lacazette and/or Aubameyang could be thrown in for a bit of a confidence boost after their struggles in the league of late.

Which players are you most keen to see start this evening?