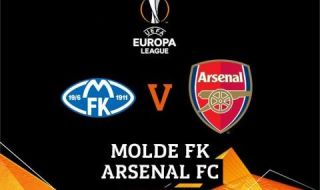 Arsenal will make the trip to Norway this evening to take on Molde, where we have the chance to all-but cement ourselves into top spot with two matches remaining.

The Gunners have a 100% record in Europe this term, and will take on the team currently sat second in the group this evening.

While Arsenal haven’t been excelling in the Premier League, their European form has remained unphased, and having beaten Molde 4-1 at the Emirates just three weeks ago, you could be forgiven for expecting much of the same tonight.

The Tornekrattet have the better form domestically of the two sides, but even with four points from their two league matches since losing in North London, I wouldn’t be expecting them to be filled with confidence ahead of the early-evening encounter.

Despite our struggles in front of goal in the PL, I don’t expect that to carry on into tonight’s clash, and we could well see one of Alexandre Lacazette or Pierre-Emerick Aubameyang playing as we look to build the confidence up for our strikers.

I can’t think any further than a win for Arsenal, while with a number of players expected to be rotated into the side, we will most likely concede at some point.

I expect a scoreline along the lines of 3-1 to us, with the goals shared out amongst the players.

Does anyone believe our league form could spill over into tonight’s match? What are your predictions tonight?