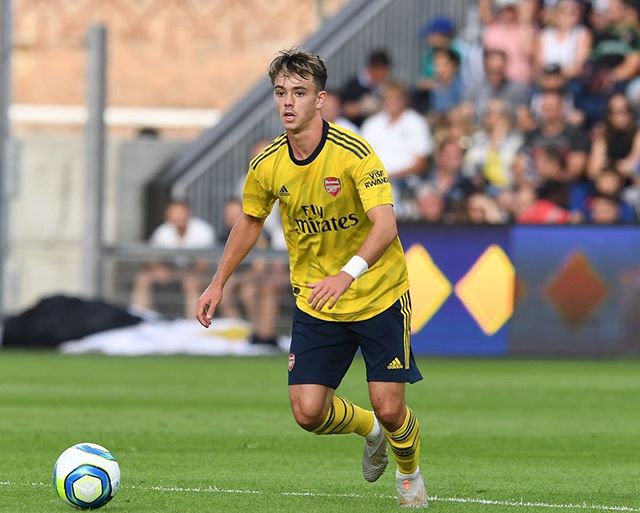 Robbie Burton is set to take on Tottenham Hotspur this evening in the Europa League, but admits that his heart belongs to Arsenal.

The 21 year-old captained the Gunners Under-23 side previously, but was never called upon to make his senior debut.

He decided to take up an offer to join Croatian giants Dynamo Zagreb in January 2020 at the age of 20, and decided to make the jump and move outside his comfort zone.

Burton is now set to take on Tottenham this evening in the Europa League with his new side, and admits that while it was difficult to quit Arsenal, he has no regrets.

“When the offer came from Dinamo, it was very hard to turn down. I don’t have any regrets about leaving Arsenal,” Burton The Sun ahead of their clash with Tottenham. “I supported them as a kid and I had 14 years there, so I always wanted to play for the first team. I was disappointed that I never got a competitive game for them.

He was then asked if he would ever join rivals Tottenham if the opportunity arose.

“No, I really don’t think I could do it. My heart is with Arsenal. It was my dream to play for the Arsenal first team, so to have not quite been able to accomplish that is probably the biggest thing that I hold on to. Maybe one day? Who knows?”

Burton hasn’t earned himself a regular starting role for his current side as of yet, but who knows what the future will hold for our former youth product, but we will certainly be cheering him on against Tottenham this evening.