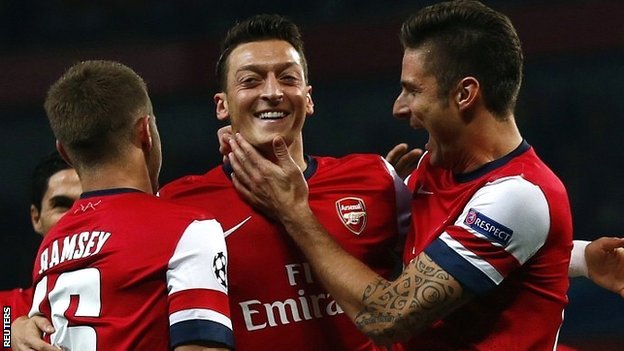 There are clear signs that Mesut Ozil is very close to ending his 8 year adventure at Arsenal, as it is being reported that the Gunners are negotiating with Dr Sogut and Ozil regarding a fee to allow him to walk away as a free agent and to sever all further relations with Arsenal.

The Daily Star has been citing a Turkish journalist, Yağız Sabuncuoğlu, as saying that Arsenal owe the German midfielder 8m Euros (7m GBP), which is believed to be his “loyalty bonus” if he stays to the end of his contract and possibly adding any wages due if he stayed until the bitter end.

Ozil can finally go and live with his wife and baby in Istanbul if the Fenerbahce deal happens.

Mikel Arteta did not deny that there were talks in progress but said that any move would not spoil Ozil’s legacy at Arsenal. The boss said: “What Mesut has done at the football club is unquestionable and that will stay,”

“It doesn’t matter if he plays two more games, 10 more games or none.

“I think what he has done is there for the records, the history of the club and his contribution, I think nobody can discuss that.”

The report says that talks will be ongoing today, so perhaps we will finally get an announcement this week , and we can finally put this long-running soap opera to bed once and for all….

READ MORE: Would Balogun stay at Arsenal if we sold Eddie?