New Arsenal formation on the cards with new additions?

Should rumours provide true, Arsenal are working hard behind the scenes to scout out the best defensive options to bring to the club this summer, despite a number of options already at the club, which tells me Arteta may be looking to change things up.

There are currently centre-back options already in the squad, with Calum Chambers, Rob Holding, Sokratis, David Luiz, Shkodran Mustafi and Pablo Mari currently vying for roles, with William Saliba and Kostantinos Mavropanos both to return from loans this summer also.

We are then linked with a host of other defenders including Upemacona, Samuel Umtiti, Evan N’Dicka, Bruno Fuchs and Walce, with the latter two plying their trade in Brazil.

One player who has already earned a regular first-team role under Mikel Arteta is David Luiz, who is expected to have his contract extension triggered, leading me into thinking that we could be opting to go to a back three for next season.

We already know that the Spanish coach is a fan of fielding a left-footed centre-back in his side, which could come in the shape of recently-linked 20 year-old Evan N’Dicka, or current loan star Pablo Mari, which would leave one spot in a back three open to new arrival William Saliba or a new signing.

A change in formation could also see Saka utilised more or in a wing-back role, having thoroughly impressed at left-back and as a winger already this term. Kieran Tierney will be keen to challenge for the spot also however, which could well see Saka pushed up the pitch.

A key to the change may have to be the signing of a strong defensive midfielder however, and reports linking us with Thomas Partey are an exciting one. It has been made known that he has a £45 Million release clause in his current deal, and would pose a value option if he was to perform to any kind of level like he has in the Champions League this season. 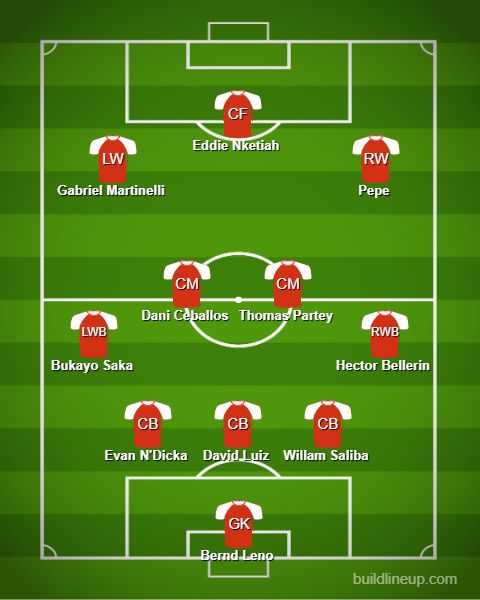 Could Arteta consider reverting to a back 5? How many of our current defensive options will leave this summer?