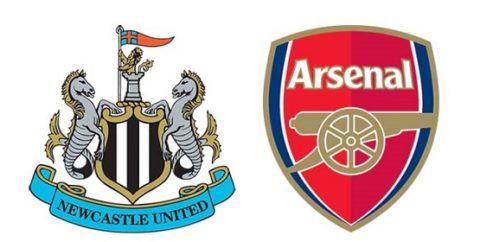 So Arsenal started the season with a perfect three points and an away clean sheet at Newcastle. Here are Dan’s first Player Ratings for a much-depleted Arsenal side….

Leno – 7
Didn’t have lots to do as the expected Newcastle push for an equaliser never came. Showed good composure in the air to calm his defence. A clean sheet shouldn’t be taken for granted; it took him till April to get one away from home last season.

Maitland Niles 9- MOTM
AMN is so good on the ball, he must be moved into midfield once Bellerin returns, given what he does on the ball is wasted as a makeshift full back. Anticipation and cross assisted our goal, but his pace also matched Toon’s subs and kept them at bay.

Chambers -7
He knows it’s now or never for his Arsenal career, already equalling our clean sheet record away from home last season can only help his cause. He also showed leadership qualities, often tidying up other mistakes. Doesn’t over play, when he needed to get rid of the ball, he did.

Sokratis- 7
Still not confident on the ball as much as Emery likes but it became the type of battle, he craves. His reading of the game meant the home side never moved him out of position or gave him reason to dive in.

Monreal – 6
Solid performance. He was smart enough to realise the couple of times he went forward, his lack of pace could have been exploited, so played it safe.

Xhaka – 7
Maybe because he wanted to look after an inexperienced midfield, he took fewer risks then he normally does with his range of passing. Especially in the second half he dictated the tempo of the game. Showed good game management to wind down the clock.

Guendouzi- 6
Can never question his work rate and was always on hand to tidy up when his more creative peers lost the ball, which is kind of his job. When he tried to show some skill himself, he was left red faced.

Willock. – 8
Was subbed to bring on experience to close out the game not because he did anything wrong. What you want to see from a youngster is do they have the personality to try and influence a game. Willock wasn’t just content to do the basic things but had the bravery to pick the difficult pass and drive at Newcastle.

Mkhitaryan -7
May have been guilty of trying to force things, perhaps knowing he’s not everyone s favourite cup of tea. Deserved credit for keep demanding the ball and growing into it.

Reiss Nelson -6
Unlike Willock didn’t show the personality to improvise. After a yellow card and a couple of wayward crosses I felt he went inwards.

Auba – 8
Missed his bromance with Lacazette having to play with back to goal, only getting on the other side of the defence a couple of times. After his well taken goal, showed a great footballing brain to hold up the ball.

Ceballos – 6 – Brought on at the ideal time. Perfect player to ask to come on and keep possession.

Pepe – 5
Smart sub as his pace could have caught the opposition on the break. That was assuming Newcastle would show more ambition 1-0 down but they kept 11 men behind the ball.

Martinelli Silva – 5
Was trusted to keep the ball in tight areas.