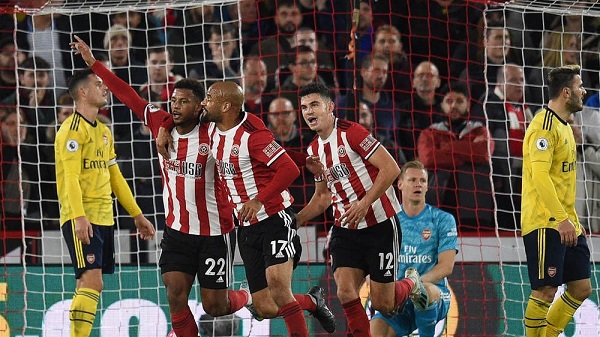 Revenge is a fantastic motivation and Arsenal have to use that over the next three Premier League games.

The next three Premier League games for Arsenal are away at Crystal Palace, home to Sheff Utd and away at Chelsea.

Those three teams are due a beating and Mikel Arteta has got Arsenal to a point where it is now definitely possible that retribution will be handed out.

Crystal Palace have been a pain in the butt recently, they damaged our Champions League ambitions severely last season, they took more points off us this season at the Emirates and they seriously do need taking down a peg or two.

Sheffield United deserved to beat Arsenal at Bramall Lane earlier this season but this is a very different Arsenal side under Arteta and they need shoving back into the closet. The Blades have been a fantastic watch this season but they simply cannot be allowed to get away with the humbling they gave us.

Then there is lucky Chelsea, they did not deserve to get the better of Arsenal at the Emirates and all things being equal are not a better team than us. Well, things are a lot more even now that Arteta is starting to get to grips with the issues in the team and apart from Tottenham they are one team I would love us to smash on their home ground.

I know some will say revenge is too emotional and so on but you can stick that where the sun does not shine. I want revenge, I want to give back to their fans the same vitriol and banter they have aimed at us for almost the entire season.

I want to feel good once again and while wins do that, getting revenge just makes it taste all the sweeter.

Yes, January is a month for revenge, retribution and redemption.