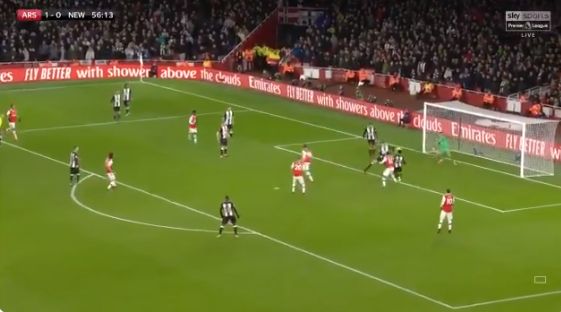 Arsenal have had a very strong start to the second half against Newcastle, racing into a 2-0 lead thanks to goals from Pierre-Emerick Aubameyang and Nicolas Pepe.

Watch below as Pepe slots home just minutes after Aubameyang’s well-taken header broke the deadlock at the Emirates Stadium.

Better than the goal itself, however, is the sublime play by young left-back Bukayo Saka, who performs a delightful bit of skill to beat his man before finding Pepe with the cross.

What a beautifully worked goal – just the kind of football Mikel Arteta will be wanting to see!