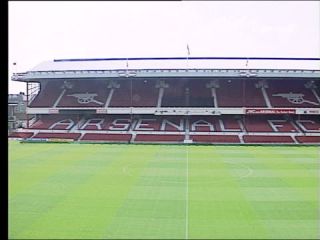 No grey areas – Is it safe to play football or not?

Testing Can’t Be Like The Titanic by Dan Smith

If owners had their way, they would have everyone play football games in masks just so they don’t lose their money. Every time the Premier League has a meeting, they seem to contradict themselves.

On one hand they are trying to argue that it’s safe to finish the season (at least behind closed doors) yet are talking about no crowds, training in safe distancing and squads gathering with their faces covered.

There can’t be a grey area here, it’s either safe to play football or not. The government have a zero tolerance on self-isolation, not it’s okay if you can find loopholes to get around the rules (why ask players to cover faces if they then stand together sharing germs at corners and free kicks?).

Oh, and if they can avoid spitting that would be a great help?

Part of an action plan is that players will daily go to a centre to be tested (zero mention what happens if they test positive?) yet this is where I think it’s morally hard to sell this idea to the public.

I don’t care about empty stadiums with zero atmosphere.

Some might complain about an unfair advantage, but clubs can’t have it both ways. Either do what France, Holland and Belgium are doing, or if you want your cash, you’re going to have to compromise like the rest of the world.

Can Boris Johnson ethically tell people to stay indoors yet sportsmen and women can adapt the regulations because they make lots of money?

During this pandemic I have had a niece and nephew born who I haven’t been able to visit yet. If my whole family took a test to prove we didn’t have the virus though, that doesn’t mean we have permission to meet up.

Of course, I don’t qualify for a test, nor will the majority reading this article.

The Health Secretary is working hard to enable tests but at the moment the criteria are for those over 65, those forced to still be working and those living with them.

Of course, no one wants a business to lose millions and if that can be avoided then great, but NHS workers shouldn’t have to wait to be tested just because they don’t make the economy millions. The irony being an already stretched medical team will have to be at these centres to give these tests when they could be back in a hospital.

This can’t turn into the Titanic. It can’t be that the rich get the lifeboats, while the less wealthy are left fighting for themselves…

I would love to see Football back. Yes, it gives people some escapism.

Again, if you can help any company not lose income of course you will be flexible. Yet life comes first.

If one player became ill because they play football too soon. If Fans get the virus because they gather outside stadiums. If families can’t be treated quick enough. Then that’s not acceptable.

Football is a beautiful game …. but it is just a game