Noooo! Usmanov agrees to sell his Arsenal shares to Kroenke who will then own Arsenal FC outright….. 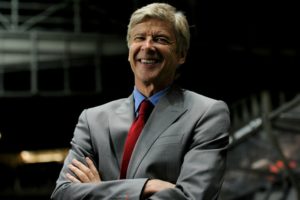 After the reports last week that Alisher Usmanov was looking to offload his 30% stake in Arsenal shares, it now appears that he has agreed to sell those shares to Stan Kroenke, which will make the American the outright owner of the club.

The facts were reported by the Mirror just this morning……

A statement from Kroenke’s holding company KSE read: “KSE UK is pleased to announce the terms of its all-cash offer to acquire the entire issued and to be issued ordinary share capital of Arsenal Holdings PLC other than the Arsenal Shares already held by KSE.

A declaration from Kroenke states: “We at KSE are moving forward with this offer leading to 100 per cent ownership of the club,”

“We appreciate Mr Usmanov’s dedication to the Arsenal Football Club and the storied ethos and history the Club represents.”

Kroenke will pay £29,419.64 in cash per Arsenal share to take complete charge.

So it looks like a done deal, and we have badly let down by Usmanov. This is the worst possible scenario, as once he is the outright owner there will be no more shareholder meetings, no accountability, no public accounts, and no visibilty on what goes on behind the scenes.

This is VERY bad news for Arsenal fans. Do any other Kroenke franchises win any trophies?