Pierre-Emerick Aubameyang has sent a message to Arsenal fans after their 2-2 draw against Crystal Palace.

The club captain was in fine form for the Gunners on the night, and he opened the scoring at the start of the game.

Arsenal eventually lost their lead when Palace scored twice to turn the game on its head.

Alexandre Lacazette came off the bench to score a late leveller for the Gunners in added time.

Aubameyang admits that the result was not good enough for a home game.

Arsenal’s performance dropped after they had taken the lead and Aubameyang admitted it as he sent a message to the club’s fans via his Instagram account.

He also thanked the substitutes that joined the match in the second half and mentioned Lacazette who added a much-needed urgency to Arsenal’s play.

He posted an image and captioned it: “Not enough for an home game

We stopped playing after the first goal but we didn’t gave up and fought till the end.

Aubameyang will now look to lead the attack out again this weekend when the Gunners face Aston Villa Friday evening. 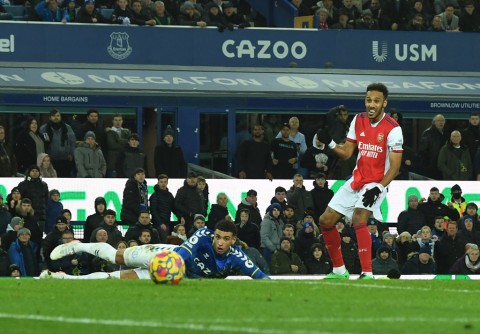