Arsenal has had an underwhelming season in the grand scheme of things, but they have been one of the best teams in England since Mikel Arteta became their manager.

The Spaniard has not just changed the team’s results, he has also helped to improve players individually as well.

The likes of Shkodran Mustafi and Granit Xhaka have become huge players despite struggling at the start of the season under Unai Emery.

As a team, the Gunners can now be backed to win against any team in England after they earned wins against Liverpool and Manchester City in the league and FA Cup respectively.

Ahead of their FA Cup final game against Chelsea, Whoscored has compiled a list of the starting XI featuring a combination of players from Arsenal and Chelsea, and only two Arsenal players were in the team.

Emiliano Martinez and Pierre-Emerick Aubameyang are the only Arsenal players who featured.

Martinez has been Arsenal’s first-choice goalkeeper since the early days of the restart after Bernd Leno got injured against Brighton.

He has been in outstanding form for the Gunners and there are fears that he might want to leave for more first-team action when Leno returns.

Aubameyang scored 22 league goals for the Gunners this season and he netted the two goals that helped them secure the win over Manchester City in the semi-final of the FA Cup. 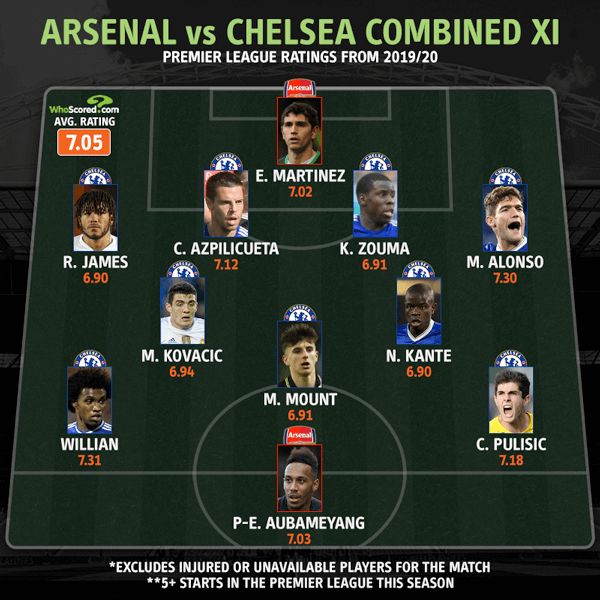