The two have arguably been the club’s best players all season, with the pair both been integral to turning our form around after a torrid opening month of fixtures.

🏆 Our Player of the Month… 𝗮𝗴𝗮𝗶𝗻!

The academy product has been outshone by the goalkeeper in both of the last two months however, despite conceding four times against Liverpool, with it being accepted that he had kept us alive in the match for longer than we really deserved.

Ramsdale moved to thank the fans for backing him for the award, with the club sharing his video on Twitter.

💬 "It means a lot coming from you guys, so thank you very much. We'll keep giving our all." ❤️

Smith Rowe’s absence appears to have been felt painfully this weekend, with us lacking in creativity and flow in attack with him out with a knock, and we will hope that he is back fit to take on Southampton on Saturday.

It’s exciting yet worrying that two relatively young players (as well as others) can be so important for our side, but building the team around the duo gives us plenty of reasons to be excited about what is to come.

Who has shown enough to challenge Ramsdale or Smith Rowe for the Arsenal Player of the Season award thus far? 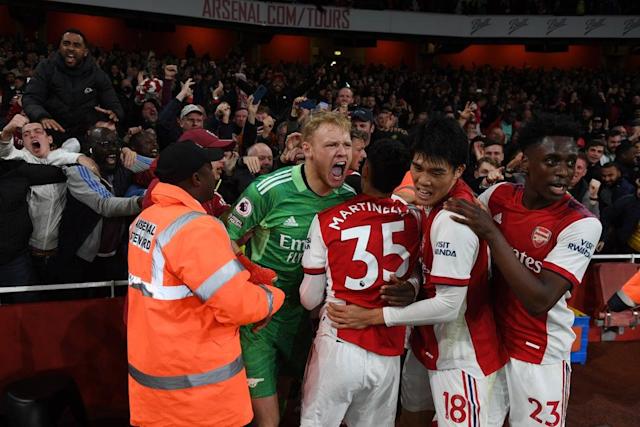