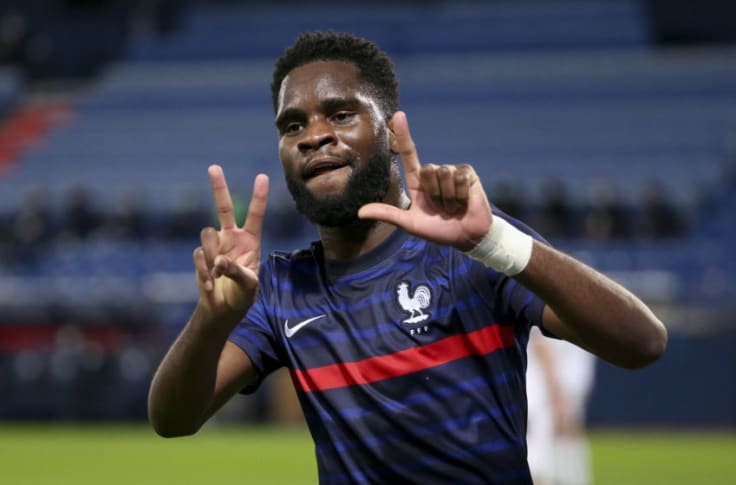 Arsenal are struggling up front for one reason or another this term, and I pray that Odsonne Edouard can come in to fix them.

The Celtic star has failed to live up to his amazingly high standard this season, while he has also been in-and-out of the team this term.

The Frenchman has supposedly been struggling with injuries this season, but even when fit he has been rotated, and I can’t help but feel his time in Scotland is near to the end.

Edouard was strongly linked with a move to the Emirates early in 2020, which was no surprise given the vast amount of goals and assists he racked up during the previous campaign, but the Gunners seemingly failed to offload Alexandre Lacazette.

Fast forward to November and the team as a whole is struggling for goals. Our only goal from our last of our Premier League matches has come from the penalty spot, and eyes are very much on what Mikel Arteta does next to rectify it.

Laca has less than two years remaining on his current contract, and I struggle to believe that recent months will have persuaded Arsenal to priorities extending that with improved terms, and I don’t think it would be totally unreasonable to consider his exit in the new year.

While I don’t believe Lacazette is the main reason why we are struggling for goals, he could easily be bettered, and Edouard would be a great replacement.

The 22 year-old appears to have given up on giving his all for Celtic after the club refused to allow him to move to England this summer.

Edouard banged a hat-trick in his opening league appearance this term, before missing the disastrous Champions League qualifier which saw them drop into the Europa League.

He now only has two goals since his side dropped out of the main European competition, but has actually failed to score for his club since the English transfer window closed in early October.

Odsonne did fire his side to qualify for the Under-21 European Championships with a brace on Monday, with his side needing to beat Switzerland to leapfrog them into top spot, and the rightly received the plaudits for it.

The youngster now sits joint-top of the all-time goalscoring records for the France U21 side, and he must have his head set on moving up the career ladder.

Oddschecker reported that Bookmakers were forced to jig their prices on the striker’s move this summer, having previous had Arsenal as favourites, before a raft of stories led to the belief that one of Leicester City or Aston Villa could be set to capture him, and I can only assume that his want for a move has affected his form for his current club.

Could Arsenal persuade Celtic to part ways with Edouard should he continue to appear unmotivated in Scotland? Would our move evolve around Lacazette’s possible move?