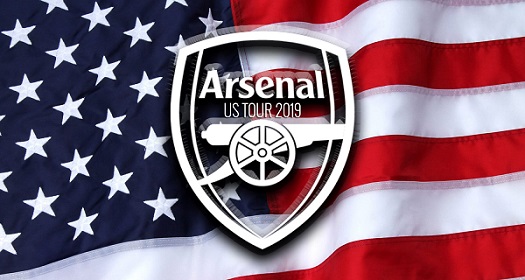 Game three of the Arsenal mini-tour of the USA and this one is a bit of a mixture.

None of the big players is starting in terms of Ozil, Lacazette and Aubameyang but there is a look of the first team in defence with the youngsters mainly in midfield and attack.

This is the official team

It is good to see the youngsters given another big opportunity to impress, especially Olayinka, Nelson, Saka and Nketiah.

I am really looking forward to this one and I like the line-up and yes, even Mustafi in defence as I thought he did ok against Bayern, hopefully, there will no booing.

The forward line, in particular, is exciting and while the fans in the Stadium will be wanting to see the big boys I am pleased that Emery has gone with this team.

The game is live on pay tv channel Premier Sports TV and kicks off at 23.00 UK time.

Links will be put in the comments where to watch the game live and free so keep checking in.

Also, if you go to the official Arsenal website you will be able to get live commentary text