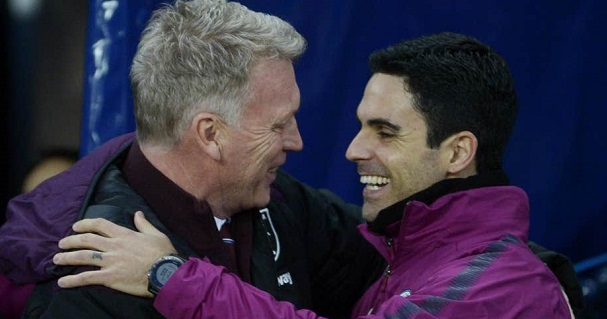 Mikel Arteta has selected a team with definite attacking intent.

Mikel Arteta has gone with an attacking lineup to deliver all three points against West Ham United. Eddie Nketiah retains his starting spot in attack with Alexandre Lacazette confined to the bench once again.

Pablo Mari keeps his place at the heart of the defence and once again partners David Luiz. There is no place for Reiss Nelson as Nicolas Pepe is brought back in.

Mesut Ozil returns and will hopefully be the creative spark to open up the West Ham defence.

Is this the team to beat West Ham United, has Mikel Arteta called it right? Let us know in the comments below