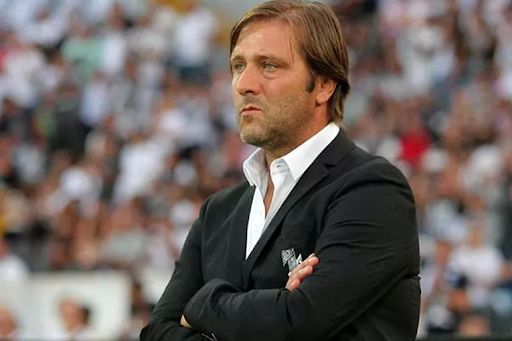 Olympiacos manager explains how he got the better of Mikel Arteta’s Arsenal.

Olympiacos manager Pedro Martins has revealed how his side targeted Arsenal’s weakness in defending set-pieces to beat the Gunners.

The Greeks pulled off a major shock when they dumped Arsenal out of the Europa League this season despite having lost the first leg 1-0 at home.

They beat the Gunners 2-1 at the Emirates after extra time to progress on away goals and Martins has revealed how he pulled off the upset.

He claimed that his side watched videos of Mikel Arteta’s side and discovered that the Gunners struggled with defending setpieces.

His team then took advantage of using good dead-ball specialists in their side to great effect.

Speaking to The Athletic , Martins said: “We watched many games. We almost saw the weakness. Most importantly, we saw what is standard in how the team operates… against that weakness, we tried to work our plan.”

“We’ve scored a lot from set pieces. We work on it a lot. In these situations, we have players with big quality like (Mathieu) Valbuena and Giorgos (Masouras).

“They deliver the ball well and then after, we have (Pape Abou) Cisse, (Osseynou) Ba, (Ruben) Semedo or Youssef (El-Arabi) — they are strong in the area.”

With the introduction of Pablo Mari to the side and their return to form at the back, Arteta will be hoping that his team gets better at defending set-pieces. If not, then they can expect opponents to keep on testing them where they are vulnerable and right now, that is corners, free kicks and high balls into the penalty area.