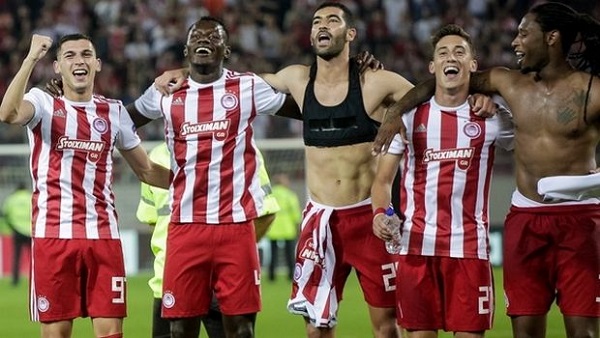 Arsenal is facing Olympiacos at just the right time.

The timing of this Europa League clash is perfect for Arsenal, the defence is far stronger, the forwards have finally found their scoring boots and the midfield is finally providing the transition play the team has been crying out for.

That said, it must be recognised that Olympiacos is in excellent form right now, they are on an 18 game unbeaten run and their last defeat was at Tottenham in the Champions League group stages back in November. However, they have only been playing domestic football since then and it is no real surprise that they are top of the Greek League.

A couple of months ago I would have had almost zero confidence that Arsenal would win this game, the defence was in a shambles, confidence was at rock bottom and the word midfield did not exist. It is very different today.

This Arsenal team has youth running through it and the one massive thing that we have seen under Mikel Arteta is how the younger players have stepped up, they add passion, pace and versatility. They play as if they were kids at school such is their enthusiasm.

I honestly feel that Arsenal will simply be too strong for Olympiacos, they did ok against Tottenham but that was when that lot was playing worse than us and that took some doing at that time.

The Greeks hardly have a great record in European competition and while I do expect it to be a tough game this evening, I remain confident that the lads will return to the UK with a win under their belt.

Arteta is taking this game very seriously, I expect him to go with a strong lineup and will send the lads out very attack-minded.

I just cannot see anything other than an Arsenal win.