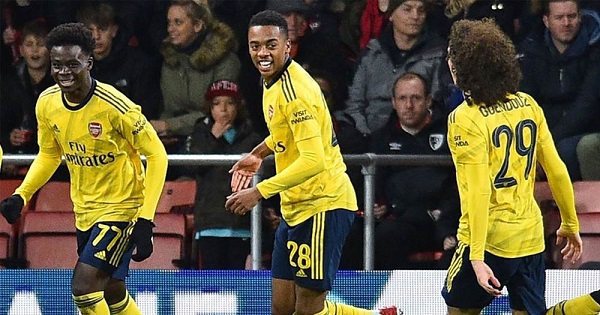 Opinion – Arsenal has the best young players in the Premier League

Arsenal youngsters are arguably the best crop of any Premier League team.

Arsenal had a tough season and until Mikel Arteta became our new manager it could be argued that there was almost nothing special about the team. That is no longer the case.

Almost all the publicity about Arsenal towards the end of Unai Emery’s reign and Freddie Ljungberg’s stint were negative. Credit has to go to Arteta, there has been more positive news than negative news about Arsenal since his arrival.

One thing that Arteta has done this season has been giving Arsenal’s youngsters a chance to prove their worth. Gabriel Martinelli has been Arsenal’s most outstanding young player this season for his obvious displays for the Gunners however, I don’t think he is the only Arsenal youngster that has been in fine form.

I reckon that we have the best set of youngsters in the Premier League at the moment. Our game against Bournemouth in the FA Cup showed yet again why our youngsters are the best.

Both of our goals on the night were scored by two youngsters in Bukayo Saka and Eddie Nketiah. Martinelli didn’t score in that game, but the Brazilian was at his usual best in terms of hard work.

Matteo Guendouzi and Joe Willock also put in fine displays and not for the first time either.

I admit that there are good young players in other teams, however, I don’t think they rely on their youngsters and give them the chance to play as Arsenal does.

I know some will point to the youngsters at Chelsea, Man Utd etc but in my humble opinion, they are not as good as what we have right now and certainly not in the same number.

I expect Arteta to continue to develop the careers of our young players and I expect them to become big stars for us from next season.