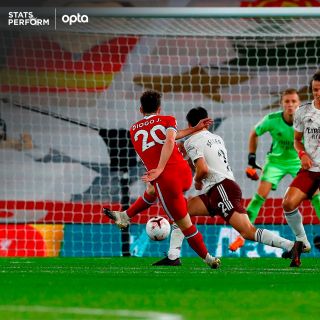 Opinion – Arsenal must stop Jota if they want to beat Liverpool

Arsenal will face Liverpool in their first match after the international break this coming weekend.

Both teams will see their players return from international duty ready to get back to club business.

This has been a poor campaign for Liverpool, judging by the standards that they set for themselves in the last two seasons.

Unlike most champions in Premier League history, the Reds are struggling to make the top four at the moment.

Arsenal also needs to end the campaign inside the European places, just in case they cannot win the Europa League.

With so much at stake, both teams would consider this game a must-win and I want to highlight one dangerous player that Arsenal needs to take care of.

The Portuguese star has broken into the starting XI despite Liverpool already having an established front three when he joined.

Jota hasn’t made the team simply because Jurgen Klopp likes him, he has actually earned his place in it with some impressive performances.

He has scored three goals in two matches for Portugal in this international break.

He adds that to the 10 goals in 21 matches he has scored for the Reds, including the only goal in Liverpool’s win over Wolves before the break.

The former Wolves star will face Arsenal having scored in each of his last three starts for club and country.

Arsenal has done well in recent games, they beat Liverpool when they last hosted them in the league, but that was without Jota and I think he is the one we need to pay special attention to on Sunday.